Future Sportstars of the Year displayed their skills at Kyabram Sports and Entertainment Centre last week for the first round of Basketball Kyabram’s junior final series.

The teams have all received generous sponsorship from the business community and the local MP also chipped in to get the competition up and running again after a long period of hibernation.

Leader of The Nationals and Member for Murray Plains Peter Walsh was on hand to watch the Peter Walsh Hornets strut their stuff in the Grade 3-4 final series.

“They had their noses in front at half time Mr Walsh said but unfortunately they just ran out of legs in the second half.

“Nonetheless I was very proud of their efforts and their sportsmanship.”

Mr Walsh said the use of simplified rules and modified games with the young children was great to watch and contributed to a more enjoyable and satisfactory sport experience for all of the competitors.

“Sport and recreation plays a vital role in social cohesion and influences most aspects of community life in our rural towns “ he said.

“It was great to be a part of it and I congratulate everyone involved in putting the season together and giving the kids such a tremendous experience.

“Kyabram has such a proud sporting history and I have no doubt that the baton has just been handed on to the next generation “ Mr Walsh said.

Basketball Kyabram director Michael Maskell said he was thrilled to have Mr Walsh as a spectator and supporter.

“I wanted to give local children the chance to play competition basketball in their own community and with support from people like Mr Walsh and local businesses it has been possible ” Maskell said.

“Unfortunately the Kyabram Basketball Association folded in the early 2000’s when the committee was asked to re-incorporate and there were not enough willing hands to to do the work.”

Maskell said the association formed in the early 70’s and in its hey day more than 400 players competed in junior and senior competitions.

“They used to play in the Ky High and Ky Youth Club halls in the summer and then play their winter comp in Tongala.

“This would draw teams from Tongala and Echuca to play.”

“Nowadays we have the beautiful two-court Kyabram Sports and Entertainment Centre in Kyabram and I am working with Campaspe Shire to return basketball to this community and offer an alternative for young people for whom the traditional sports aren’t for them.” 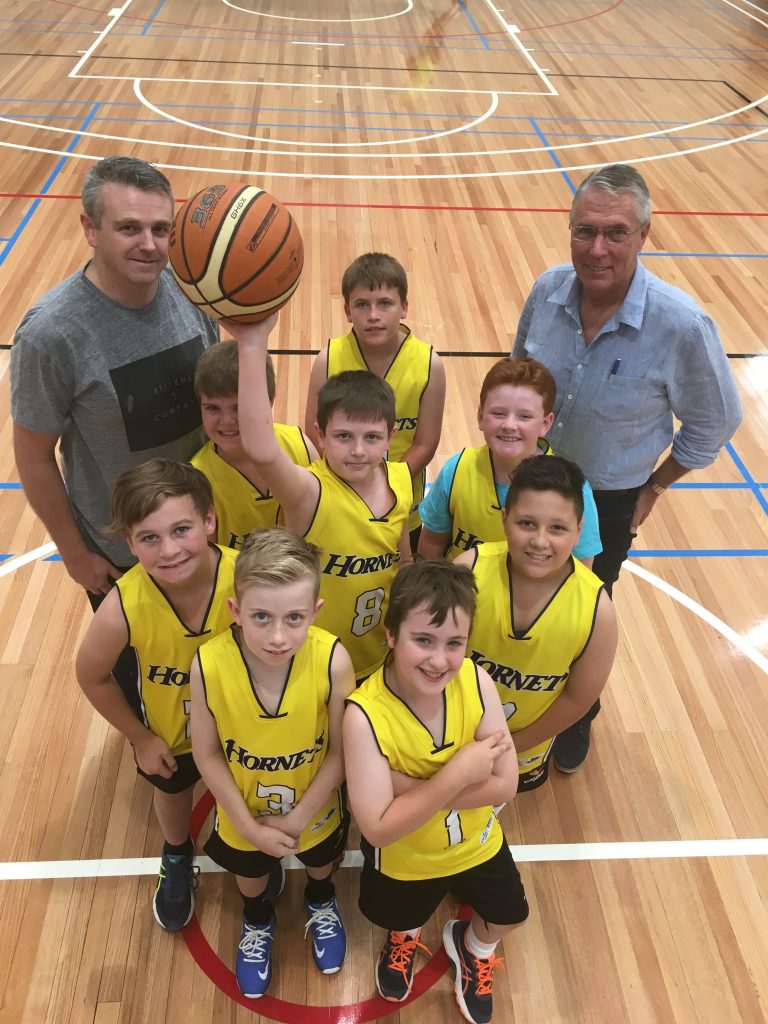