Leader of The Nationals and Member for Murray Plains Peter Walsh joined with local community members this morning to launch a petition calling for more police resources in Rochester and district.

Mr Walsh said the current number of operational police is inadequate to provide a satisfactory level of police presence after hours in the township and outer areas of Rochester.

“Daniel Andrews and his city centric Labor Government are soft on crime and they have left rural communities extremely vulnerable ” Mr Walsh said.

“Motor bikes tools guns fuel cars utes and tractors are being stolen on a regular basis and several community group club rooms and businesses have been victims.”

Anyone wanting to obtain a copy of the petition can download it from Mr Walsh’s website at www.peterwalsh.com.au.

Copies are also available from a number of  Rochester businesses or by contacting the  Murray Plains electorate office at 496 High Street Echuca  54 822039.

Mr Walsh said the signed petitions would be presented to the Victorian Parliament during the first sitting week of February 2017. 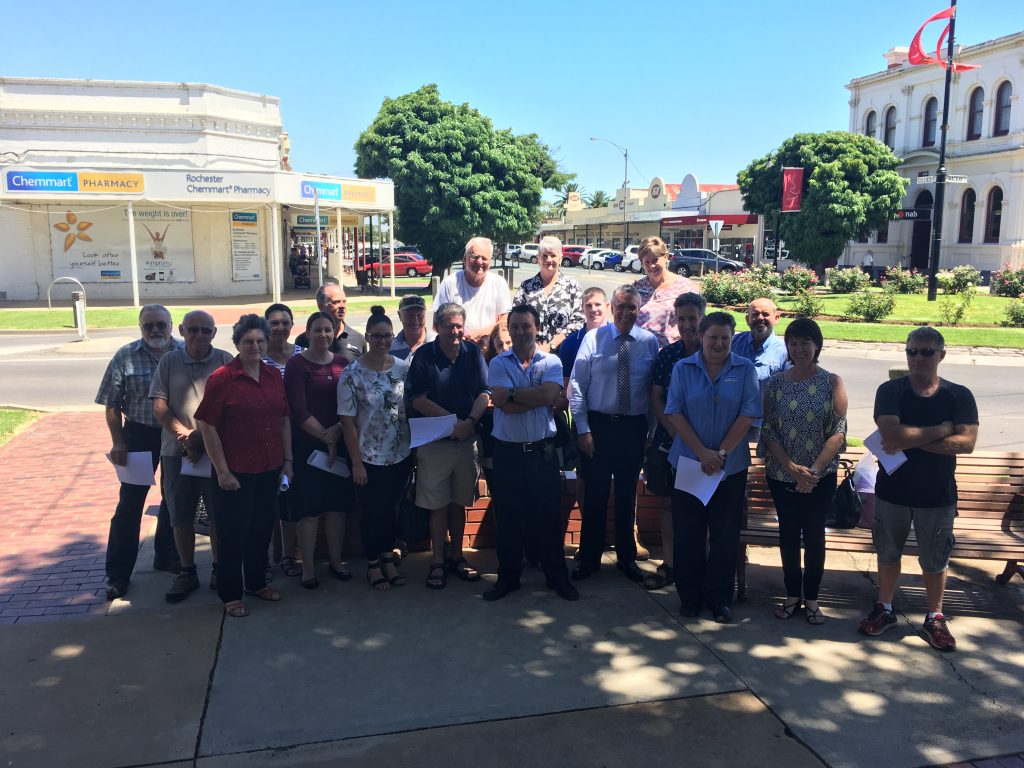