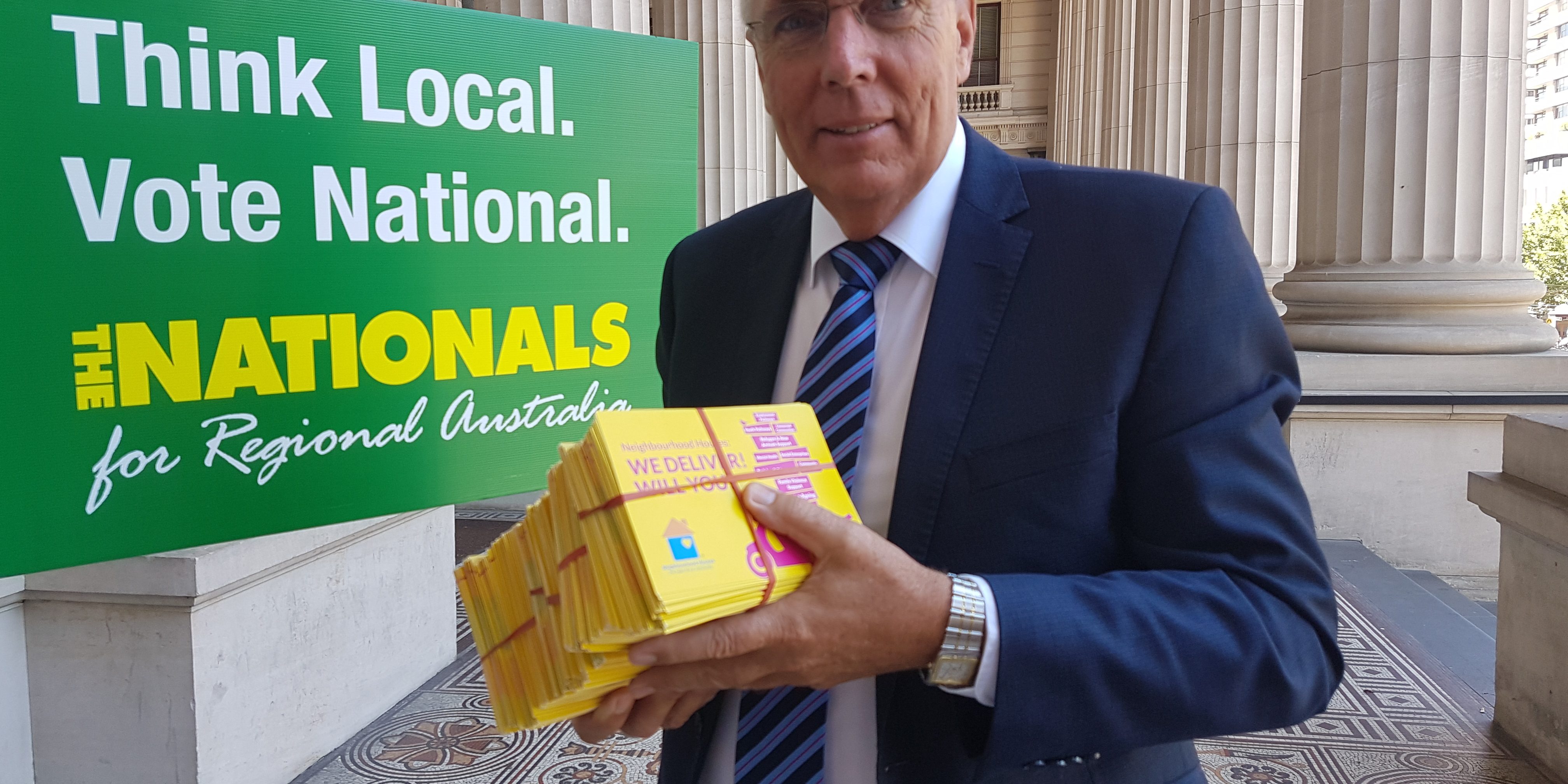 Leader of The Nationals and Member for Murray Plains Peter Walsh has delivered to the Parliament of Victoria hundreds of postcards signed by local residents in support of regional Neighbourhood Houses.

“Our Neighbourhood Houses offer fantastic services across the Murray Plains electorate including adult education social support and as agencies for some government departments” Mr Walsh said.

“They do a great job in responding to local community needs often in trying circumstances and with a very limited budget.

“Before the last election Daniel Andrews promised to increase funding to Neighbourhood Houses but after three years the promise of more money has eventuated as hollow lip service  and the staff volunteers and visitors to local Neighbourhood Houses have realized they’ve been duped by Melbourne Labor.

“This is yet another example of Daniel Andrews ignoring country Victoria.   He has abandoned many vulnerable rural people and turned his back on the great work that Neighbourhood and Community Houses deliver into country communities” he said. 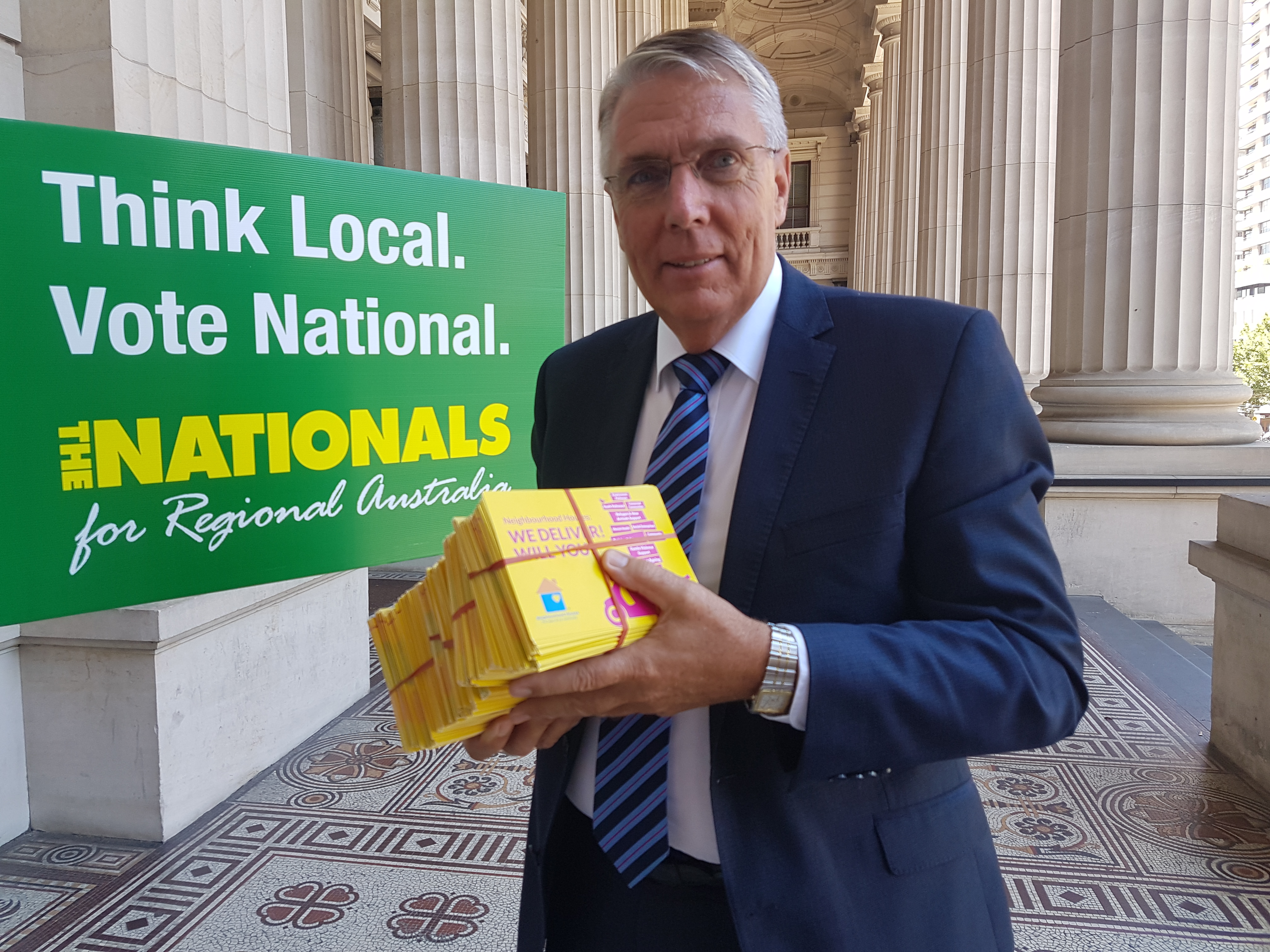 Victorians blindsided by Labor
20 December 2022
In triumph and trials, regional Victoria was front and centre in 2022
19 December 2022
What we stand for at this election – and for Victoria’s future
22 November 2022
Go to Top