As a show of commitment to country Victoria The Liberal Nationals Coalition in government delivered 250 CFA stations across the State as part of a $125 million investment.

The completion of the new $1.8m Echuca Fire Station in High Street South is testament to that investment.

The Echuca Fire Brigade has always been an important part of our community and it is exciting to have a new state of the art facility for members to settle in to and call their own.

This site is better situated to meet the increasing demands and to provide better response to the community over the coming years.

The facilities at the new station will not only benefit Echuca but will improve the brigade’s capability to assist neighboring Victorian and interstate communities.

A history which began in February  1873 when council called for a schedule of fire fighting equipment and applications for those willing to join a Fire Brigade.

Twelve men joined and Council had a fire service.

In 1874 Council handed  over to the group but the equipment was kept at small wooden premises near the current  civic centre.  However the equipment  (a hose and leather buckets) were of little use due to the poor water pressure

In 1878 a horse drawn a fire engine arrived and in 1880 the first station  was established on the Pakenham St site  in what was known as Paddys Market similar to the Victorian Market in Melbourne.

The Pakenham Street site was modified in 1918 with a 2 bay engine house added to the eastern side. This was used till 1967 when it was demolished and the current 3 bay building was erected 1968.

The official opening of the new fire station provides an opportunity to acknowledge and celebrate our local champions who over the decades have volunteered their services to unite in the face of whatever Mother Nature has thrown at us.

There is no greater illustration of the importance of the volunteer than that of our local CFA crews.

Supported by their families and in partnership with the community they continue to put community above self and they stand strong where many others would fear to tread.

Each and every one of them has worked tirelessly for this community they have grieved with it through tragic times and they have celebrated community spirit with it in good times.   A great debt is owed to each of them.

I am proud to have been a part of a government that offered unfailing support to the CFA.

Time may change many things but the Echuca Fire Brigade will always remain an integral part of this community.

Leader of the Nationals 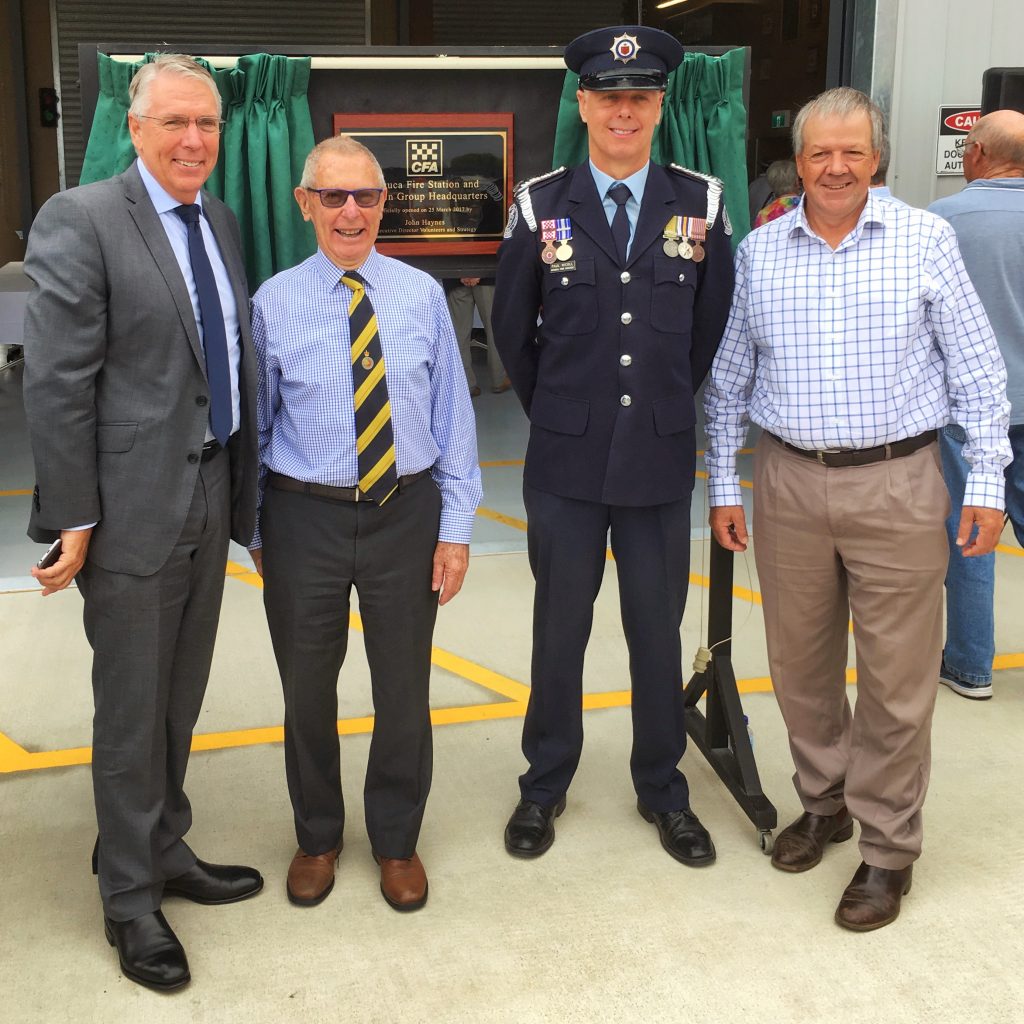