The Bendigo community deserves to know full detail of a proposal to sell council-owned land to the Andrews Labor Government for the Bendigo GovHub before it goes to council for a final vote.

Leader of The Nationals and Shadow Minister for Regional Victoria and Decentralisation Peter Walsh joined concerned community members today in Bendigo to launch a petition calling for full transparency on the proposed deal.

Community members fear they’ve been kept in the dark on the proposal, which will see the City of Greater Bendigo sell the land and then move back into the completed GovHub as long-term tenants.

“The community is demanding more detail on this proposal. Ratepayers deserve to know if this is a good deal,” Mr Walsh said.

“This is council-owned land and now, after it’s sold and developed, it will be leased back by the council for the long-term – but at what cost to ratepayers?

Mr Walsh encouraged locals to add their voice to the call for transparency by signing the petition.
“Without seeing the detail, community members aren’t confident this deal will be in their best interest.”

“The Andrews Labor Government want the details of this deal kept secret, but the community deserves to know,” Mr Walsh said.

“The community is demanding transparency from the Andrews Labor Government and I urge locals to speak out before council votes on the proposal by signing the petition.” The petition can be found at www.peterwalsh.org.au/issues 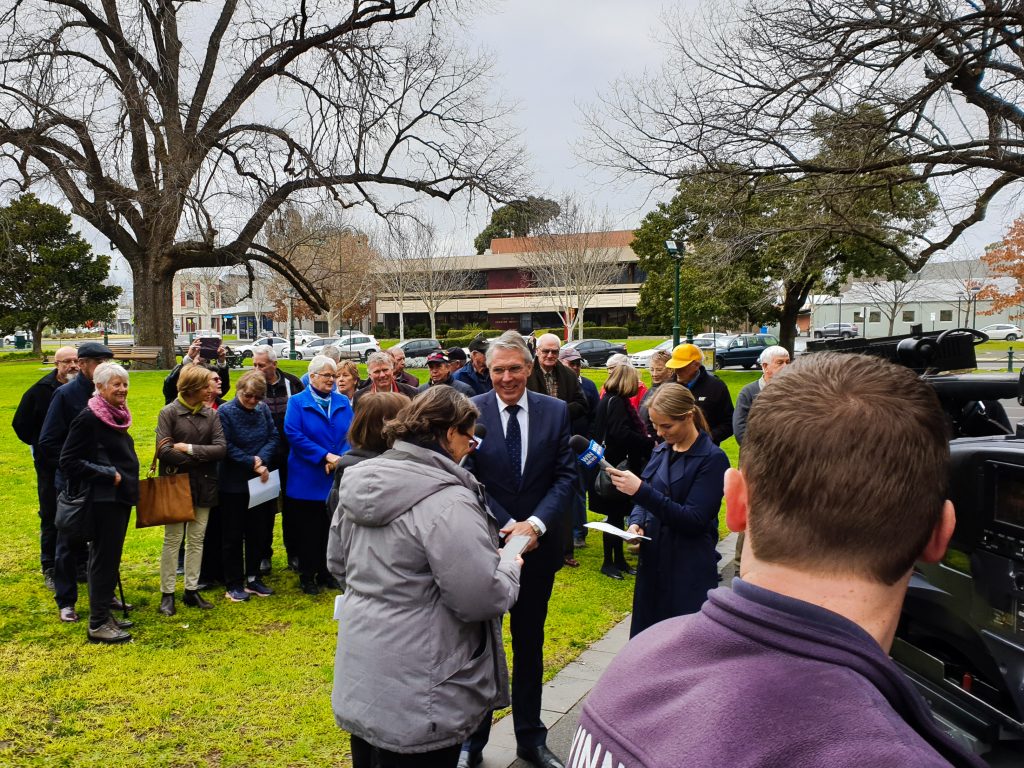