Thousands sign petition to keep public land for the public

Bush users are standing against the Andrews Labor Government’s agenda to lock up public land.

A petition calling for a parliamentary inquiry into public land management received thousands of signatures over the weekend at the National 4×4 Outdoors Show, Fishing and Boating Expo at the Melbourne Showgrounds.

Leader of The Nationals Peter Walsh was at the Outdoors Show speaking to bush users about their concerns on the direction of public land management under Daniel Andrews.

“Victorians love getting out and enjoying what our state’s great outdoors have to offer and they should be able to continue to do that,” Mr Walsh said.

“But the Andrews Labor Government has lost sight of the concept that public land is exactly that – for the public.

“This petition was started to give a voice to the many thousands of Victorians who enjoy our great outdoors and activities like bushwalking, camping, fishing, prospecting, horse riding, 4WDing and hunting and stand with us against the Andrews Labor Government’s moves to lock up our public land.”

The petition, created by the Bush User Groups United (BUGU) and sponsored by Shadow Assistant Minister for Public Land Use and The Nationals’ Member for Eastern Victoria Melina Bath, will be presented to Victorian Parliament on August 27.

On the same day, bush users will rally on the steps of Parliament in support of retaining access to public land.

“Regional communities are deeply connected with the bush and the many environmental, social and economic benefits of locals and visitors being able to continue to enjoy what it has to offer,” Mr Walsh said.

“The Andrews Labor Government must start listening to all bush users and deliver a modern public land management system that meets the needs of all.”

The petition can be signed at www.parliament.vic.gov.au/council/petitions/electronic-petitions/view-e-petitions/details/12/116

Photo caption:- Leader of The Nationals Peter Walsh with Bill Schulz, from the Prospectors and Miners Association of Victoria (PMAV) and Bush User Groups United (BUGU), and The Nationals Member for Eastern Victoria Melina Bath at the National 4×4 Outdoors Show and Fishing and Boating Expo. 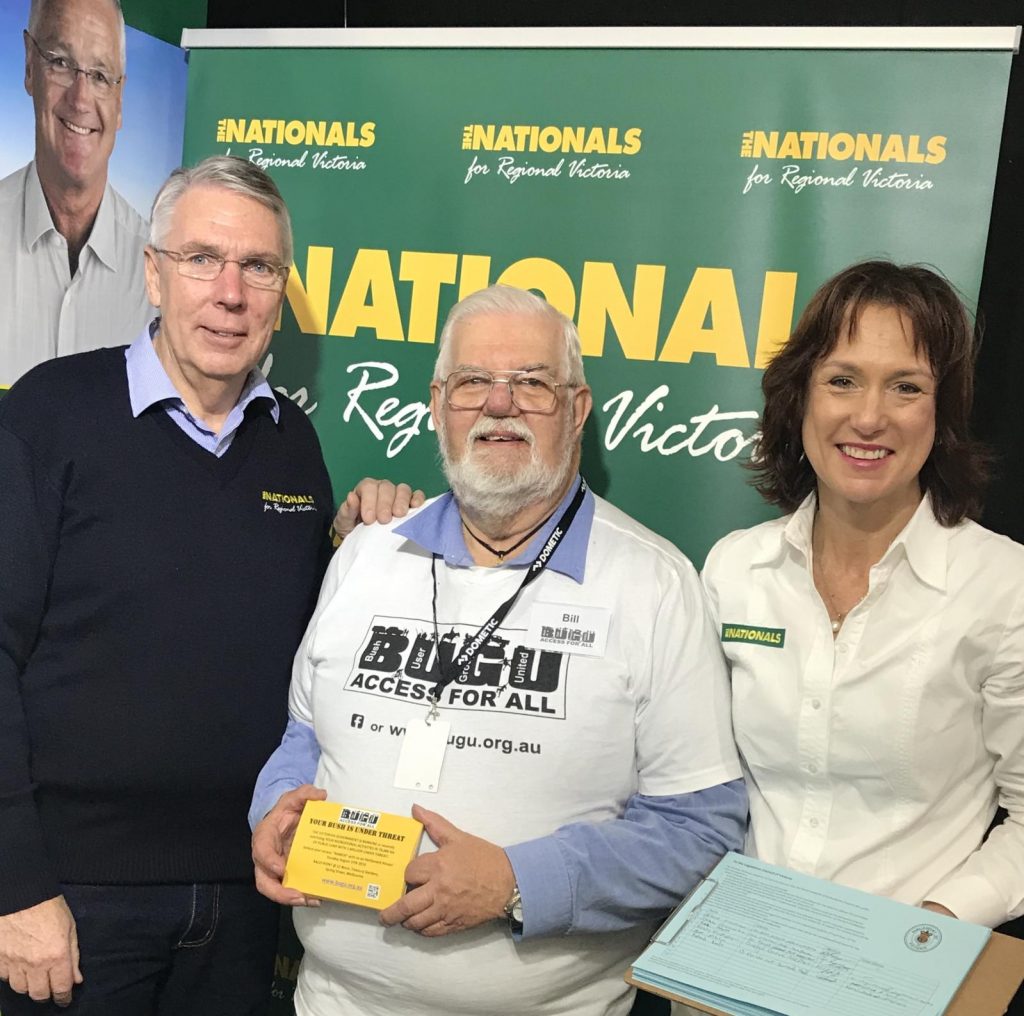