Leader of The Nationals and Member for Murray Plains Peter Walsh has urged residents to support a petition calling for more police resources in Gunbower and district.

The petition has come at the request of Gunbower residents who are fed up with rampant crime and drug use in their community.

Mr Walsh said that under the city centric Andrews Labor Government a traditionally quiet trusting and peaceful rural community now has a crime rate spiraling out of control and people are living in fear.

He said his electorate office is contacted on a regular basis from Gunbower residents who are not feeling safe in their own homes.

“Motor bikes tools guns fuel cars utes and tractors are being stolen on a weekly basis  and several community group club rooms and businesses have been victims ” he said.

Mr Walsh met with community members in Gunbower on Sunday morning and he said there is a very strong community feeling about the lack of appropriate police resources in the district.

He said the petition called on the Legislative Assembly of Victoria to increase police presence and numbers in rural communities improve response times to 000 calls hand down harsher penalties for crime to reflect community values and increase rehabilitation and support resources for drug users in rural settings.

Anyone wanting to obtain a copy of the petition can download it from Mr Walsh’ website at www.peterwalsh.com.au. 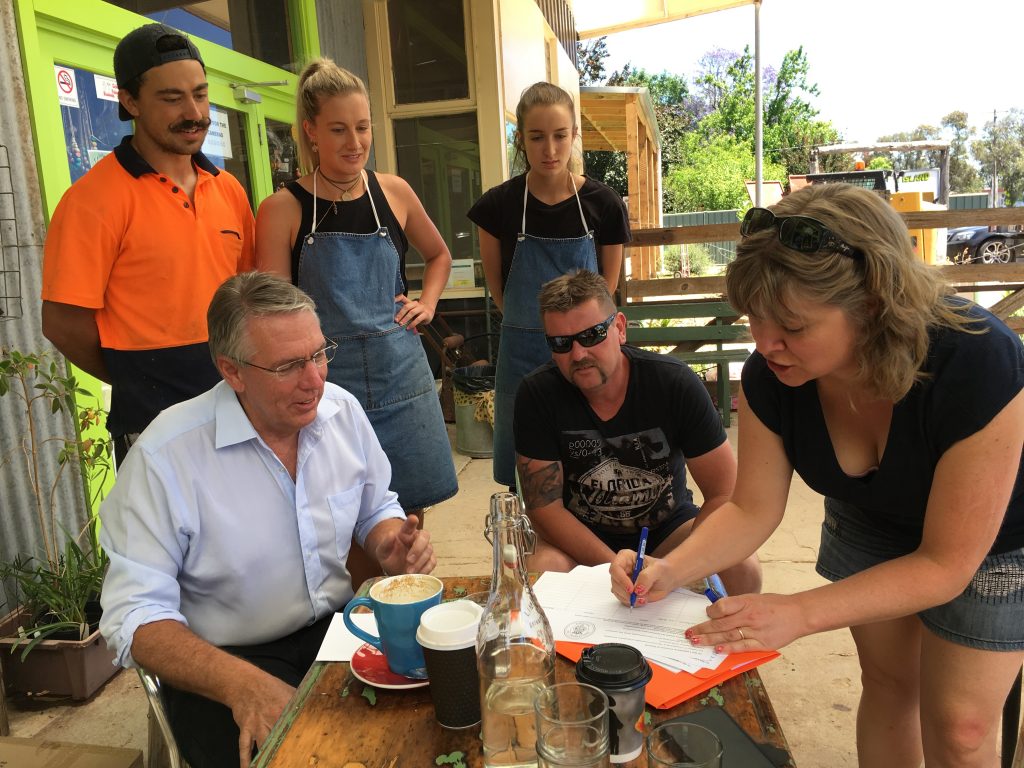