Mr Walsh acknowledged members of Victoria Police who have worked from the Old Police Station precinct of 1-11 Dickson Street for all of that time.

“I think we could all agree that the new police station in Echuca East is not before its time ” Mr Walsh said.

Mrs Dot Hammond President of the Echuca Historical Society said that the Police Station and Cell Complex is rich in history and local folklore.

“It is appropriate that on its 150th birthday we have an exhibition that salutes policing and briefly outlines its important place in Echuca’s history ” she said.

“The Society was formed in 1960 to save the Echuca Wharf from demolition and bring several riverboats back to Echuca for restoration ” he said.

In the years to follow the Society has embraced the National Trust listed Old Police Station to continue their important work.

“This small group of passionate volunteers has done an amazing job over many many years to collate and preserve the valuable records of Echuca and its riverboat history.

The Upholding the Right – 150th Anniversary of Old Police Station Echuca is a fine exhibition and I encourage the community to take the time to see it before it closes at the end of March” he said.

Pic:   It’s amazing who you see in the cells at the old Echuca Police Station.  Would that be Campaspe Councillors the local MP and a certain Snr Sgt from Echuca??? 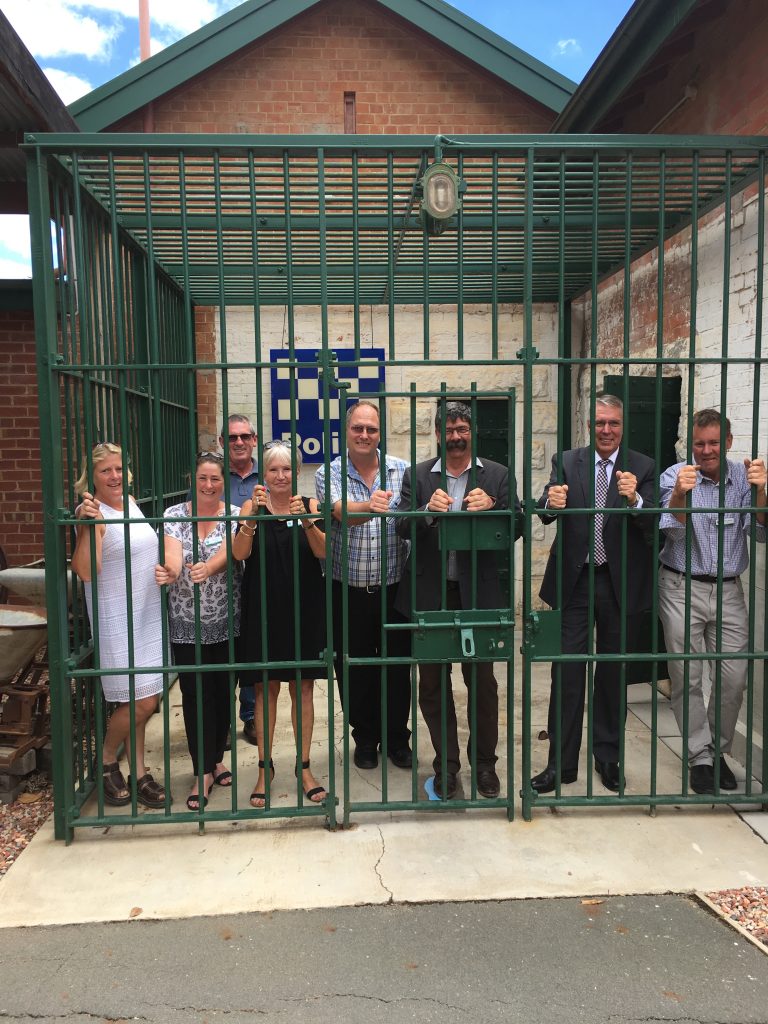